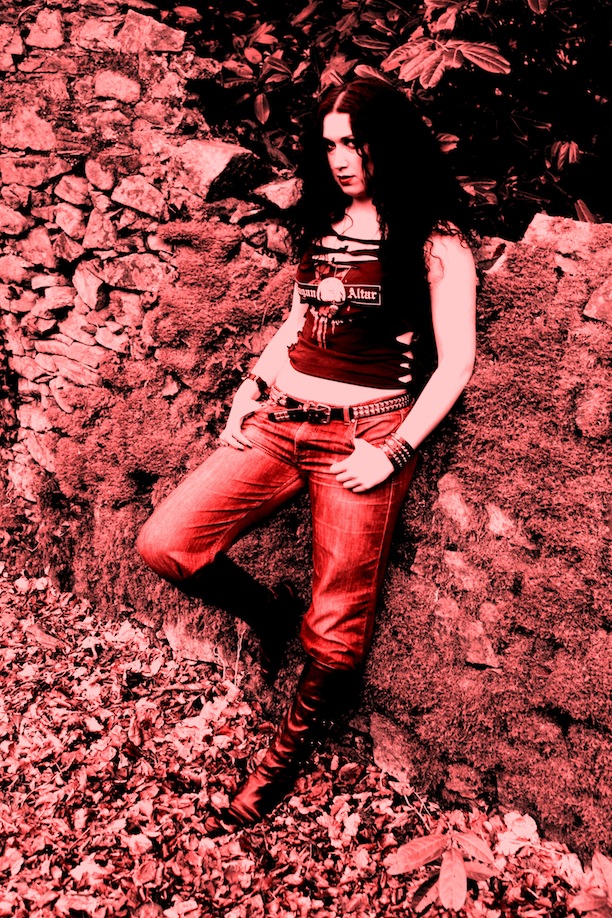 The Work
This film was conceived in five minutes during a chat with a colleague of mine at the Queen's University Belfast Sociology Department. I found myself scratching my head at the dilemma of wanting to write a paper on metal for a conference on material culture, but lacking the spare time to do so. My friend Mark said, 'Hey, you could make a video of that'. I'd never made a film before, and could hardly send an email, but realized that that was a brilliant idea. So off I went, borrowed camera in hand. This was filmed (poorly) in two locations between about 8p.m. and 2 a.m sometime in February. The indoor location is a house occupied by metalhead friends of mine, with a few non-residents called in for interviewing as well. The outdoor shots are from the smoking area of the bi-monthly Ragnarock metal club in Belfast at the QUB Students Union bar.

This was always intended to be an ethnography, which just happened to use film as the most direct medium of expression, rather than the actual image being the focus. My interviewees were asked to talk about their shirts, and through that we get a snapshot of their lives. Their words also shed light on the inner workings of the underground metal economy and highlight the importance of shirts not just as advertising but as temporal markers of past collective events:gigs. In addition to advertising, 'spreading the word' and as wearable memories of gigs, the most important function of the metal band shirt is to make visible one's allegiance, and tacit group membership. If you ever thought band shirts were just a fashion statement, or free advertising for bands, my interviewees will fill you in on just how much more than that they are. And if you ever thought metalheads were the dumb Neanderthals of the subculture tribes, the eloquent (even while wasted outside a club) Northern Irish lads and ladies speaking in this ethnography evidence otherwise.

Artists Biography
Born in Newry, Northern Ireland in 1988, I came back about five years ago to study Social Anthropology at Queen's University Belfast after having been dragged around the UK and American by a restless family for most of my life. Less rooted than many to any one scene, it was the vibrant Belfast music scene that kept me here. When I'm not running gigs and getting naked and chilly for money as part of my job as a fine art model, I study for a Masters in Social Anthropology. My research interest within 'metal studies' (which does exist, I've been to the conferences!), with topics including band shirts as material culture and Cascadian Black Metal as a contemporary counter-culture. Though currently too broke to attend anything BUT my own gigs, I like to contribute to the local but also globally-networked metal scene by sorting out gigs for low level touring acts, with local support. This often involves them crashing on my living room floor. I'm far from an authority on Irish Metal (as the turnout at some of my gigs attests) but I'm the only one daft enough to go round asking people questions at 2 a.m. with a camera in my hand. I hope that the results of my various projects may shed light on other people's lives and meanings, making the (sub)cultural Other that little bit more real.