The Work
For the last 10 years Gross has made digital animations and films where all the components are sourced from the internet. Gross refers to the 3D computer models he finds online as 'Digital ReadyMades', objects and props he downloads, assembles and animates in virtual environments. The scenes often appear ghostly or abandoned but are in fact densely populated with the virtual embodiments of their internet creators.

'The New Museum' (2008) uses basic software to create neurotic avatars with awkward loping movements. It proposes a fantasy architecture in direct response to the then new international museum projects like Tate Modern and Guggenheim Bilbao. Music by Jpls, Berlin.

Artist's Biography
Anthony Gross (b 1968). A somewhat nomadic upbringing led Gross to take shelter and find comfort in the virtual and online worlds of film, video games and internet forums. Out of that developed a practice as a film maker that has led him to show around the world including exhibitions in London, Sharjah, Shanghai and Los Angeles. He latest work is an ambitious trilogy of short sci-fi detective films soon to be shown in the UK. He has also explored creating real social networks, setting up a number of arts paces in South London, architectural infrastructures that combine studios, curatorial experiments and hang outs, most notably The Old Police Station, and Enclave in Deptford. 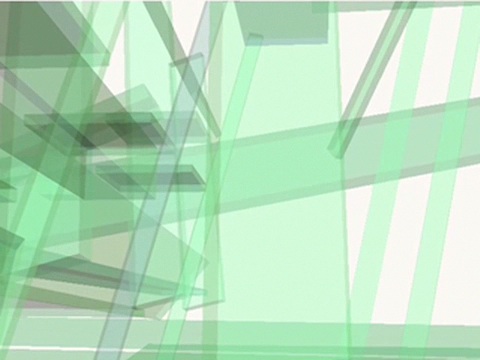