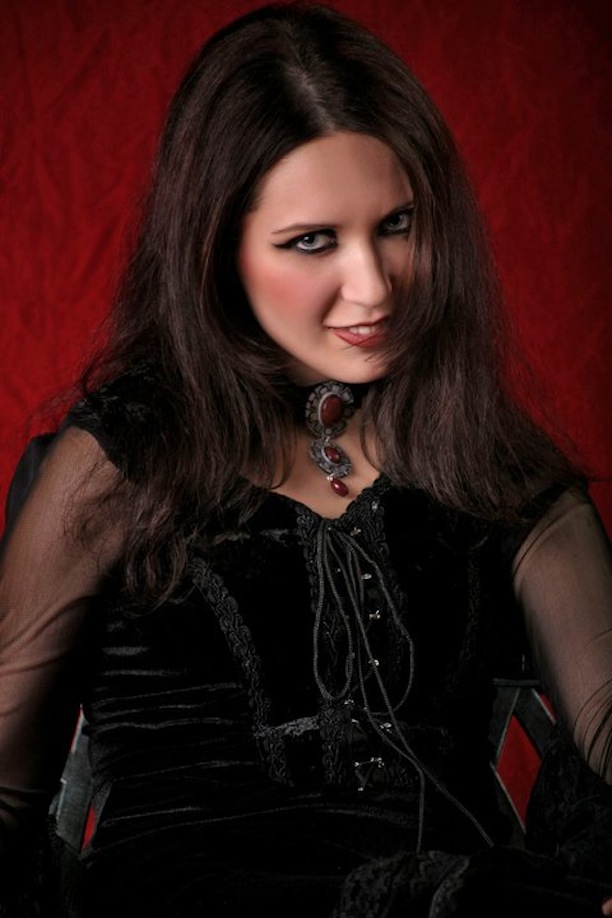 The work
Black Cat Campaign - promoting the right to be "different", encouraging diversity, recording the cases of violence related to it, assisting the victims even in Court if necessary, monitoring and informing the press, society and authorities of such cases, taking measures for preventing the development and spreading of stereotypes about young nonconformists etc. The campaign against intolerance due to musical preference and different appearance is a project initiated by The Romanian Humanist Association in partnership with The Sophie Lancaster Foundation following the many cases of violence and discrimination taking place in Romania against those that are "different".

Born in Bucharest, he lived in Hunedoara for 14 years, where his father worked as a geologist, then moved back to Bucharest in 1988. In 1998, he founded the Noesis Cultural Society, an organization which edited the first Romanian e-books and multimedia encyclopedias dedicated to subjects of the Romanian culture: a CD-ROM containing 50 ebooks and encyclopedias about Ion Luca Caragiale and Constantin Brâncuşi. These projects earned the Noesis Society the prize for the best educational product (2002 edition) given by the Presidency of Romania. Cernea studied philosophy at the University of Bucharest. In 2003, he founded the Association "Solidarity for Freedom of Conscience", a secularist and humanist organization which militates for freedom of thought, separation of church and state and against discrimination based on faith and religion. In 2010, he founded Romanian Humanist Association. Cernea published in 2007 a book of essays and articles named "Manifest împotriva becalizării României" (A Manifest Against the Becalization of Romania), in which he argues that the "Becalization" (derived from the name of Gigi Becali, a nationalist politician who stresses his allegiance to the Orthodox Church) is threatening the values of an open society.

Born in Braila on 22th July 1980. I work at National Agricultural Research and Development Institute from Fundulea as a researcher. I finished my phd thesis a month ago with the name: 'Ways of genetic progress in improving winter wheat performance under drought'. The coordinator of my phd thesis was Academician Nicolae N. Săulescu.

Important activities within Black Cat Campaign:
- a. May - June, 2010 - Project "Difficulty of being yourself" supported by The Romanian Humanist Association, The DiversEtica Association and the National Council for Combating Discrimination - b. August, 2009 - The International Day Against Intolerance, Discrimination and Violence Based on Musical Preferences, Lifestyle and Dress Code supported by The Sophie Lancaster Foundation - c. 10th June, 2009 - Press conference at London held by Romanian Humanist Association together with The Sophie Lancaster Foundation

I came into this world on the cold morning of November 8th, 1992. Born in Cisndie, a small town, I soon moved to Sibiu, which has been my hometown for more than 19 years. As an only child, I benefited from full attention of my parents, therefore education played an important part in my life. I graduated from " Gheoghe Lazar" highschool in Sibiu and I'm pursuing my studies in Linguistics and Literature at "Lucian Blaga" University, in Sibiu.

During my teenage years, I worked as a volunteer for some cultural events in Sibiu such as The International Film Festival (TIFF) and Sibiu International Theatre Festivals ( FITS) . Also, I had been a member of the Red Cross for two years ( 2009-2011), period during which I discovered my passion for medicine. Currently, I've been a member of the Black Cat campaign for about 3 years and will continue to activate in it, due to my unflinching beleifs in human rights.

Eng. Radian-Cristian Petre graduated from National College "Nicolae Blcescu" of Brila, Romania, in 2004. He continued his studies in the field of Systems and Computer Engineering Department of Computer Science at the Faculty of Automatic Control and Computers, Polytechnic University of Bucharest, Romania and successfully obtained the title of Diploma Engineer in June 2009, specialization Automatic Control and Applied Informatics. In February 2011, he also got the master degree in System Engineering at CPRU - Human Resources Training Center, Faculty of Automation Control and Computers, Integrated Information Systems specialization, Polytechnic University of Bucharest, Romania. Specialized mainly in engineering (working as a Software Engineer), his research aims to resolve issues related to systems engineering, FAX, Voice and Video over IP, but he is interested in health and environment affecting the contemporary world, also. When not in the lab, Radian can be found hiking or on mountain biking or mountain running trails and competitions in Romania or abroad, doing voluntary work (promoting culture, science, human rights), visiting museums and art galleries. He joined the Black-Cat team in February 2010 and he holds the position of "Campaign Coordinator, Site Administrator and Web Designer.