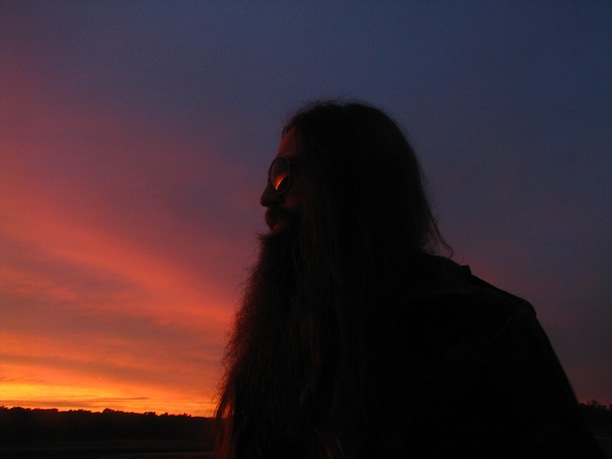 The work
Wild & Shit explores all that's wild and all that's shit in the New Jersey Pine Barrens, by making use of the language of electronic music to interpret the sights and textures the local woodlands.

The experience of interacting with the wilds result in the sounds that have sprouted from ambient, IDM, bass music, etc., showing the relationship of the lush verdant locale to the music it inspires.

Artist's biography
Evan Wilder lives in and has dreams about the Pine Barrens of New Jersey. Down forgotten, sandy carriage roads intertwined with tales of pirates and devils, Evan wanders on, adapting the indomitable evergreen wilds to video and sound. Along the way, interactions with mythical beings intrinsic to the pines (or at least, his dreams) come forth bearing guide and gifts, influencing the music he externalizes under the name Cloud People. A movie is nearing completion, scored by Cloud People with help from Alka.

Todd Steponick biography
Todd runs and produces music on Batona Music, a net label for the local and weirder kinds of electronic music of a somewhat desolate tract of forest known as the New Jersey Pine Barrens. Via his freelance design company, Nice Looking Designs, he creates logos and illustrates album covers for independent bands on both side of the Atlantic in electronic music, street bass, grindcore, hardcore and metal. Todd creates visual identities and websites for small businesses involved in renewable energy. Recent video production includes work for Alka, Jason Carr, Cloud People, and At Work. Video is underway for Colin Angus (formerly Pablo Sandoz, Shamen) and Indidginus of South Africa. A movie about Cloud People is set to be completed in late 2012 after 4 years of production, filmed entirely in the solitude of the Pine Barrens across the seasons. Todd Steponick lives in Tabernacle New Jersey, with his kind, supportive parents, and performs most activities from his studio/parents' basement and surrounding forests.