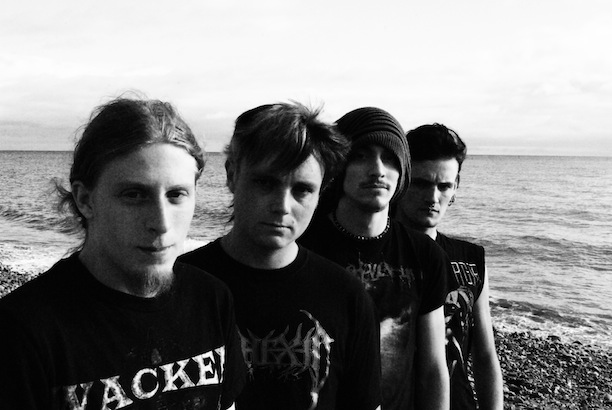 The work
As supporters of the Sophie Lancaster Foundation, Musicians and Artists, we're really excited about the idea of this evolving digital exhibition. Highliting Intolerance, discrimination and violence against sub-cultures based on their lifestyle choices, the music they love and the way they dress is a subject very dear to us. Our track "I Am Anomaly" focusses on this theme and we submit it with pride!

Artist's biography
Cryostorm are most easily described as a Melodic Death Metal band but are ultimately difficult to classify. The enigmatic Devonshire quartet was fully formed whilst they were studying music in Exeter. Cryostorm swiftly made a name for themselves in the South West and beyond with their frenetic live shows and unmatched technical skill, dazzling audiences everywhere from London's O2 Arena to Bloodstock Open Air Festival. Reaching the finals of national competitions such as Surface Unsigned and Metal 2 The Masses stands them out from thousands of their UK peers, as does firing Cryostorm Penguin Toys out of a Catapult on stage! The band have released one mini album titled "Destroyer Of Ardor" (soon to be rereleased via UKEM Records) and are currently working in the studio on their first full-length album currently titled "Version".

"Are you already hearing this bodom-esque Devon quartet blasting out 10,000 dbs on stage at Wacken 2010? We Are. There's Genuine, un-edited talent on display here" - Terrorizer Magazine