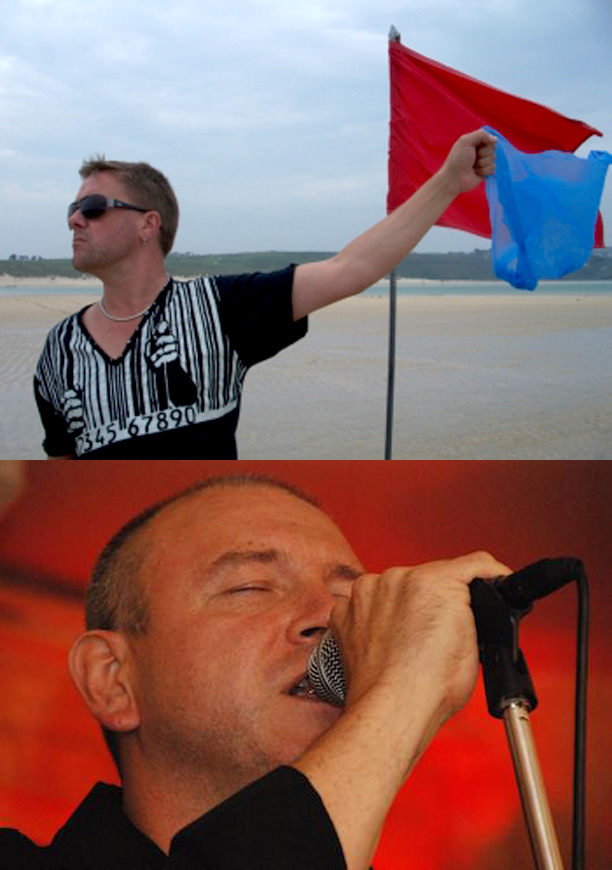 Sodium - The Letter (2012)
Danny Pockets & David Jonathan Jones have been collaborating on various projects for over 30 years. Their latest is a series of neo - fairy tales.

These are written, recorded, filmed and sent by mobile phone technology in their entirety. Jones refer to this,working method,as "creative atavism" and "psychogeography of non physically manifest space and time"

This, the fourth. Specifically addressing issues around the topic of Intolerance, violence and risk arising from an individuals choice to stand out, to be different. It takes the form of a dialogue between two unnamed characters, defiant as they brave the night.....

Danny Pockets is a cross disciplinary artist based in the South East of England, working in his studios in London and St. Leonards. He has work in private collections around the world, the winner of a Jerwood prize, amongst others, and contributed to the 2011 Venice Bienalle. He founded The Universal Racket Press in 1982.

D. Jonathan Jones is a poet and musician living on the south east coast of England obsessed with words and their power for as long as he can remember and feels he has been writing poetry since he could collide one word with another. he has performed internationally. In 2010 he had a volume of esoteric Runic poetry published by Ravenshalla Arts in Portland Oregon,this work,3 Paths Through Midgard,has a companion work due for publication in 2012 with illustrations by Danny pockets.