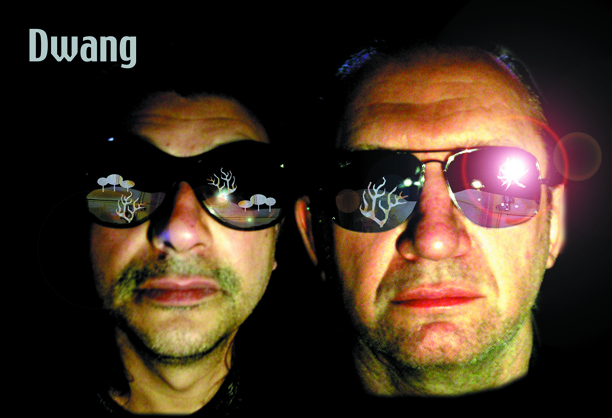 "You wanna make me whole" by Dwang
The combination of Dwangs "You wanna make me whole" soundtrack and the accompanying paintings are an investigation into the themes of subculture, its relationship to the mainstream and the resultant effects of the individual. The first part of the song is inspired by the constant barrage of advertising,marketing and commercials.The refrain, a distorted synthetic voice is the response to this onslaught.A gamelan bell suggests a quasi religious atmosphere symbolising the cult of materialism.(See painting "Money God").All products become a nessescity in order to enhance the individuals existance and lifestyle.The disaffected search for some form of spiritual salvation (see painting "Weekend Shaman") The mid point of the song breaks down into a chaotic malaise as the strain of encompassing the hard sell seems too much to bear.(See painting "Pap Idol").Individuals are sucked up into the vortex of the mainstream, whilst others desperately try to escape it.(See painting "Vortex").This state of flux is eventually reconciled and the reprise of the original theme is reinstated.All bow to the "Money God".

A selection of Dwang tunes and photos can be found at:
http://www.myspace.com/dwangcollective

David Bez biography...
I am based in Manchester and have worked as an illustrator, graphic designer, website designer and fused glass artist. As an illustrator I have worked for clients including EMI, Rank Xerox, British Telecom, Amnesty International, East West Records, and Ocean Software. I have illustrated childrens educational books for EJ Arnold and Thomas Nelson. I have designed T.Shirts for the Whale and Dolphin Conservation Society and Creme Tea London. I have illustrated magazine articles for Elle,G.Q.,New Scientist and various business, trade and financial magazines.I have exhibited extensively since 1989 and here are a few exhibitions I have been involved in.

Dwang – You wanna make me whole 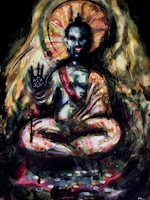