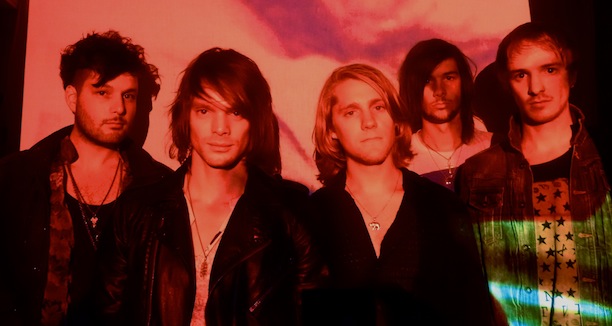 The work
Echotape composed and recorded the song, Spinning, in the sierra nevada mountians in spain in 2011. The song began life as a freeform "jam", inspired, influenced and energised by the natural surroundings in which the band then found themselves. Over a period of a year, during rehearsal and through performance of the song live, the band then developed and refined it into its present form. The song is a heartfelt call to the power and comfort of a shared and open-hearted social collectivism.

The film of Spinning was shot in june in a disused barn. It is a film within a film. The former forms a stuttering narrative of the band's creative history to date. Images taken from the countryside in which the band live, write and record are interspersed with film shot as the band set about its creative purpose. This film is then displayed with the band's lead singer forming part of the screen, whilst at the same time performing the song.

Spinning is to be released generally in september 2012, as the band's second commercial offering.

Artist's biography
Echotape are a five piece band from a backwater town deep in the english countryside. Formed in late 2010, echotape comprise andi karthauser, marc burford, dan bowman, daniel morriss, and mike burford. The band consider themselves to be inescapably influenced by their rural surroundings. They self released thier debut ep, "sky above quarley hill in april of this year, to some extensive critical acclaim. Despite the lack of any major label supprt, the ep was been picked up and played by radio stations in the us, germany, japan, south africa, new zealand and ecuador, as well as in the uk. Their debut album (produced by the acclaimed musician and producer, youth) is scheduled for release in january of 2013. Echotape are set to spend the remainder of 2012 "on tour" in the uk and abroad.