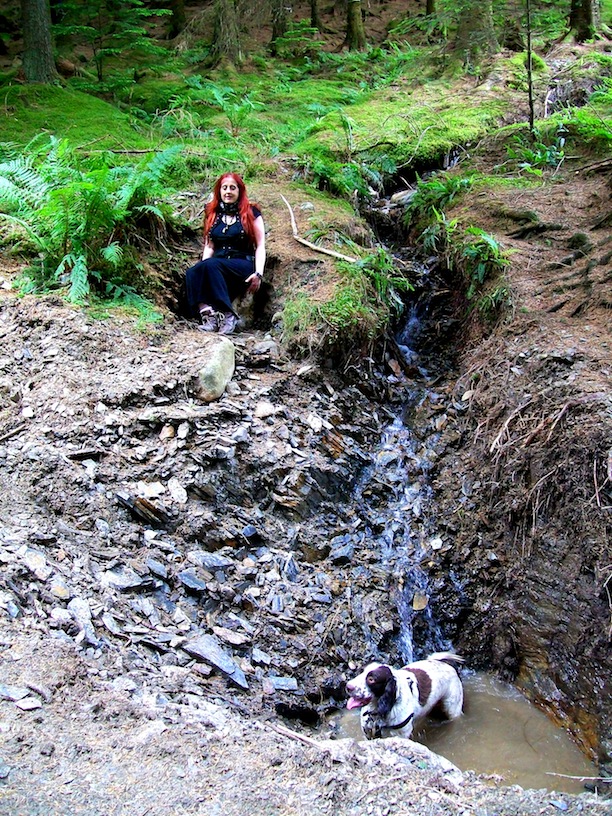 The Janglers are a series of (18cm x 24 cm) more than fifty oil paintings. They got their name from poet Andrew Bellon, who said that they 'jangled his ganglions', gave him a sort of headrush, so Janglers seemed to be the ideal name for them. Each one features a background painting with a distinctive Jangler figure painted over it. The earlier landscape, seascape, firescape or skyscape forms an underlayer of the palimpsest, which remains visible once the figure has been painted over it, as we exist in worlds made in our pasts that form deep layers of our identity. The Janglers combine a single humanoid form with Neuraxial Patterns - the root patterns generated by the brain itself in relation to the brain having its processes interrupted - signalling that these works concern our deepest, most primitive aspects, bringing something of the sympathetic magic Shamanic/Totemic qualities of cave art and voodoo dolls into their cumulative combinations of past, present and future self.

The Janglers generally feature one or more words written onto their Gingerbread Man like form, inspired by decorated German Lebekuchen, which have messages such as 'KUeSS MICH!' written across them, somewhat in the vein of Swizzels' Love Hearts' Rather than love messages, the words written onto the Janglers are keywords about the identity of the person being represented by this keyword or words. The patterns and forms that were allowed into a Jangler were strictly limited to combinations of unmodified Neuraxial Patterns, apart from the simple humanoid outline, and yet people felt that they were in some way accurate portraits of themselves, as if they stripped them down to their essentials.

I harvested the keywords from the profiles of people who caught my interest on social networking sites Twitter and Facebook. I looked at how they described themselves and took words that resonated with me as keys to their identities. Sometimes there is a good fit between the idea of 'You are what you do' and the identity of the person. Mike Joyce, of The Smiths left the comment 'Nice!' on the 'Drummer' Jangler, and several other drummers subsequently asked to be tagged in that image. Astrologer Jonathan Cainer, the Astrologer responded to the 'Stargazer' Jangler that I Tweeted to him with the simple Tweet @drericawright Wowza! X Others described themselves obliquely, so for example, Andy Bonner, newscaster, described himself as 'Storyteller.'

For others, I took an encapsulation of the ways in which people showed their thought processes, emotions and attitudes through their status updates, such as 'Dreamer' 'All Love' and 'Lucky'. A few were made in response to direct requests from people such as 'Slacker', which was requested by a poet. 'Poet' might have been the obvious word to use for him, but he clearly felt he was a slacker, judging by his status updates, including the content of his poems, and so it fit with the cues and clues we all use in our understanding of strangers using social media. This sort of attraction to a 'negative' identity is commonly found in those who feel themselves to be at odds with mainstream society, and can often found in the defining characteristics of subcultures.

As the Janglers become better known to the social media community, people have begun using the one that they most identify with as their Icon or Profile Picture on Facebook and Twitter. Initially, people shyly asked my permission to do this, until I posted a general invitation/permission for people to do this, and this has now taken on a life of its own, as the idea goes viral.

The Janglers are now being shared widely across the globe, through social media and word of mouth, as they capture a small corner of the public imagination and become a small subculture of their own. I hope that the large range of words used on the Janglers will mean that everyone can find one that they identify with, and perhaps absorb this image into their own identity, as part of what makes them who they are.

The Janglers address ideas surrounding similarity and difference between people who choose to represent themselves through specific keywords and images in their profiles and contributions to both virtual and corporeal worlds. As we define ourselves, we invent ourselves, and the introduction to society of the necessity for a public persona that is flagged up in the About/Profile pages in Facebook and Twitter becomes crucially linked to group and individual identity, and locates people within readily identifiable cultures and subcultures.

Artist's biography
Dr Erica Wright has exhibited all around the world in a wide variety of media, from stone carving and ceramics, painting in oils, art in virtual environments to brain controlled game designing (Mindala for Emotiv) In addition to working as a university lecturer, she is a visual artist, performer, musician, film maker, and published author of academic works.

Life as a pro acrobat and circus performer began an accumulation of injuries and joint damage that eventually left her unable to walk, distanced from able-bodied society by physical, attitudinal and societal barriers. Surgery, acupuncture, and physical therapies leave her almost healed, and grateful for insights gained from time spent being part of the highly discriminated against subculture of disability. She has used this sense of enforced change of identity from athlete to disabled and back again as a starting point for work which looks at self labelling, abnormality and the power of the archetype and stereotype in the forming of individual and group identities. 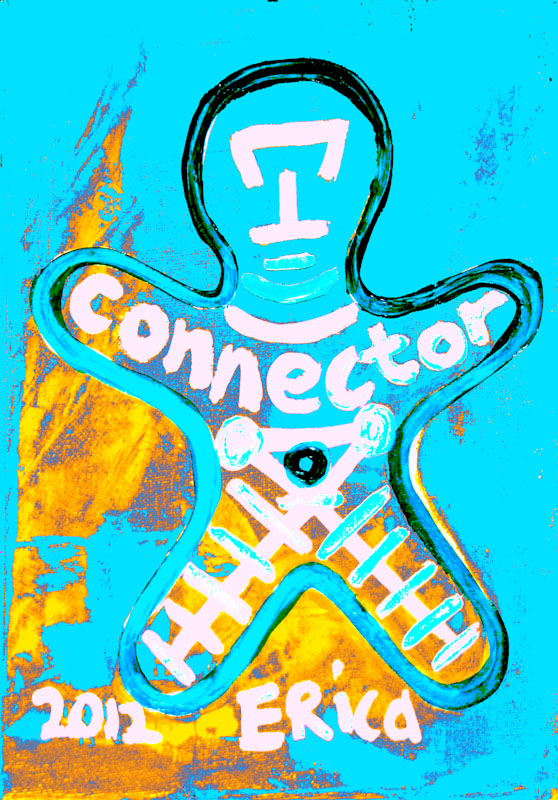