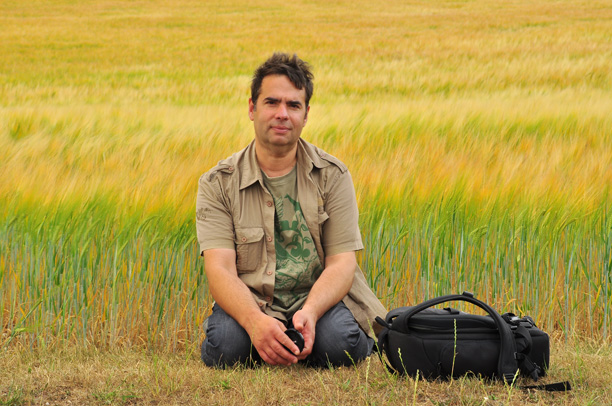 The work
Blurreal Photography is an Emotional source of representation aiming to challenge the human mind by creating ambiguous visions rather than explanatory illustrations.

This technique is based entirely in the use of slow shutter speed, combined with creative zooms and other induced moves performed on the moment of exposure. There is no digital manipulation or adjusts of any kind.

The indefinite results reflect the fast paced times of the 21st century while iridescent colours translate the visual amalgam and rising of the digital era.

It's an interactive technique that appears to infuse photography with Motion, Emotional and Dimensional depth.

"I've been evolving this technique as an escape from the humdrum images filling my routines. I felt my vision blurring by the visual amalgam that surrounds us and became passionate about the possibilities and significance of such techniques .

With these indistinct images, I intend to stimulate people's imagination and challenge the ways we perceive reality. I am inspired by the inner relations between humans, deeds, tensions and harmonies and I wish to capture the fast paced life.

I chose London as setting because of it's vigorous energy and the diversity it offers in every street. As I walked around, I felt that I was in a mission to find the person in the crowd, the detail within the complexity of the city.

This is my art, my silent voice

1958 Born in Angola, Africa
1975 Returns to Portugal beginning a series of exhibitions as a plastic artist
1985-2001 Working as a creative designer with ceramics
2003 Revisits Africa, Mozambique developing "Water 4 Life" a photojournalism work commissioned by The Marist Brothers
2004 Back in Portugal runs a series of exhibitions in Photography Galleries
2005 Moves to England starting Experimental Photography

Definition
a. a diffused vision of reality;
b. an emotional representation caused by perceptual input;
c. a visual effect created by the overlay of displaced objects;
d. a slow shutter speed photography technique involving no digital manipulation.

World Context
a. The democratization of technology has brought freedom of expression and a massive volume of shared information.
b. The outcome of this is a digital, fast paced society indulging
in virtual communities and costumes;
c. Accessible technology evokes a global outburst, adding
a new flux to reality and speeding up human relationships with nature.

Photography Context
a. Thanks to an improved technology, reality is overexposed; More people can take and share high quality photographs.
b. A proliferation of digital manipulation is affecting our perception and altering values;
c. Photography must indulge, interact and be stimulated by all new possibilities;
d. Public photography is restricted by growing number of laws indicating a need for new approaches.

Philosophy
a. Reality is not only a physical matter nor an emotional impression. It is the result of interactions among human, nature and technology.
b. It consists in a dichotomy between the impressions received and the ones expressed. One can never be an outside observer without taking part and influencing it;
c. A moment contains simultaneous instants spread along the duration and distance occurred.

Fundaments
a. The reality photographed does not always stand still, it goes on frenetically, peacefully or systematically;
b. The visual perception of reality is limited by the human eye, there is motion in between the still frames of life that we can not acknowledge;
c. The moment of exposure is a coincidental point of local realities, converging in the camera's lens, depicted by the photographer;
d. The photographer is not an objective reality capturer but an expressive receptor;

Aims
a. Blurreal Photography is not a definitive or indisputable source of representation, but a challenge to the human mind. It aims to arouse people's imagination by creating ambiguous visions rather than explanatory illustrations;
b. It evokes a new perceptual experience of the world, proposing multiple subjective interpretations;
c. By de-constructing reality and puzzling rationality, Blurreal hopes to challenge the Human mind and unfold a pathway for a new understanding of the world.

Inspiration
a. The commonplace aspects of life, the inner relations between human and nature:deeds, tensions and harmonies.
b. The contemporary urban flux in contrast with the former forces of nature.
c. People, behaviours, details and movements.

Techniques
a. Blurreal is a plain work of photography without any sort of digital manipulation;
b. All the results are solely obtained by the use of slow shutter speed techniques, sometimes combined with creative zooms and provoked displaces;
c. The duration and intensity of the moment is shaped by interacting with the camera through an emotional response.
d.The resultant picture is commonly blurred and impressive, portraying not only the observed reality but also the impulses caused throughout the exposure time.

Aesthetics
a. The indefinite and sketchy result is a fair representation of reality because capturing the essentials reflects the sensorial experience.

Author
a. I've been evolving this technique as an escape from the humdrum images filling my routines, I started drawing with light and watched reality undergo a drifted spontaneous decomposition;
b. I want people to wonder and be inspired by the opened form of my photographs. I wish them to establish their own message upon my impressionistic images;
c. Blurreal is the vision from a man's heart staring at reality, the masterpiesce of God. 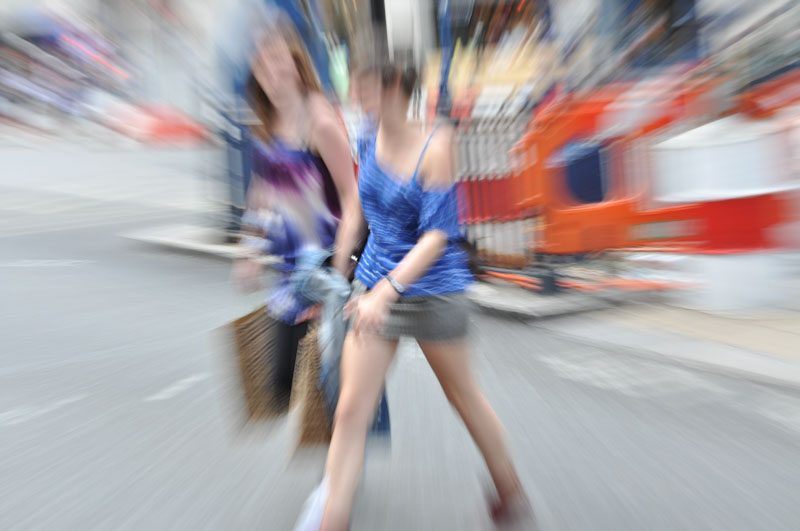