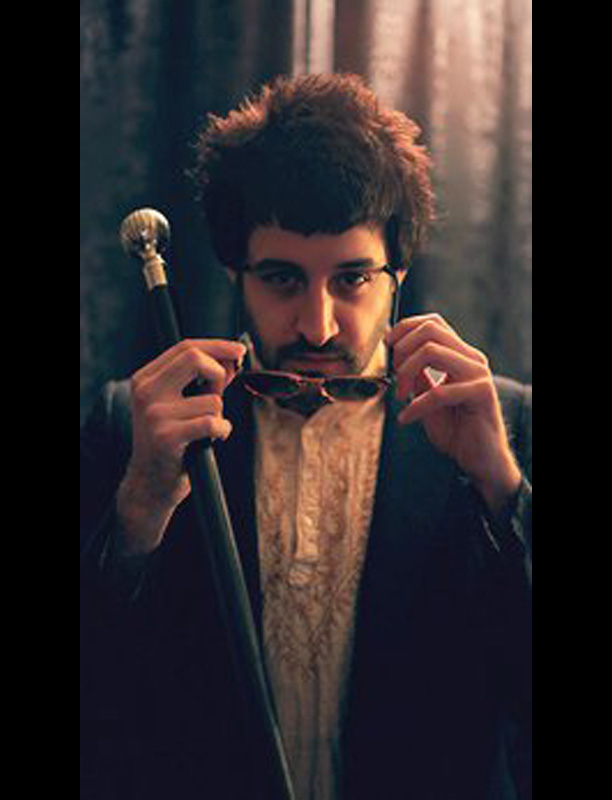 History/His Story:The Freewheelin' Troubadour is a poet, songwriter, and DJ from the greying, tattered blanket of North London. After year's worth of writing and searching for fellow Freewheelers, his first band 'The Trip' was formed in 2008. In late 2009, with the disintegration of his band, and his life in general, he decided to go across America in search of some soul food.

During this time, songs were made with various musicians, he continued to write poetry and prose, kept an in-depth daily diary, had his poetry recorded in Memphis's famous Sun Studio and performed spoken word sets in New York and San Francisco. Upon returning in 2010 he released his first book of poetry and a short story, which follows his journey, including a near-death experience whilst climbing a mountain in Monument Valley with the Navajo Indians. 'Freewheelin' in Monument Valley & The American Offerings' was 'published by the people' via generous donations, then given away completely for free (digitally online, and the 300 proper-bound copies at gigs, with a hug included, also free).

Now settled back in London, 2012 will see him hitting the festivals and live scene harder than ever before, prior to the release of his second and third books in the winter. In the meantime you can catch him continuing to deliver high impact spoken word sets to ears that hear, DJing to make sisters swing and cool cats jive and delivering impromptu musical offerings with whatever willing musicians are in the room at his performances, adding their collective talents to his Freewheelin' musical troupe, named 'Black Baby Jesus'.Previous Gigs:

Oh sweet death, you pop into the dark depths of my mind at the first sign of beauty that I see. A telling tale that i'm somehow undeserving of such a majestic sight.

This high water mark may never be reached again, but the pure, sweet nothingness of the dark days is guaranteed.

Death, my only salvation from monotony except, of course, to win the lottery.

Am I not deserving of these eyes? Eyes that delve deep into the souls of survivors.

Regardless, I'll take what i'm given. Every extended glance shared, a gift from the Gods which I'll savour, as I travel alone and unknown through these strange streets that feel like home.

Time seems to fly when you have no plans.

When you're not trying to go anywhere, man do you get to go places, and see things you thought were invisible, from the vista of your miserable world.

This trip is a constant trip, this train is insane.

Moments almost daily, I step back, look upon myself and wonder what i'm doing here. How do I find myself under these distant stars, engaging eyes with this beautiful sky?

Am I deserving of being myself, the witness and creator of beauty, the lover of all and everything around me, which I know, when I see it through these eyes?

Let me dance, for now I am free.

The ridiculousness of everything seems so apparent now.

The waves of light across the cardboard city, watching it slowly simmer, all that is unholy and impure, packed in, towards the fire.

People lining up, waiting for their time to burn.

My time is now.

I will not wait in line.

No need to push me towards the fire, i'm already burning inside.

This one man band is about to expand into something so grand, so magnificent, that even death, with all its sweet soaked glory, will have to step back and say "Shit, that kid just painted his masterpiece".

My Cisteen chapel only has a capacity of one, and I ain't goin' nowhere.

A one way ticket every time you close your eyes, thrown into yourself and finding what's true, what is righteous, the power to create anything you deem fit for your world. Wicked flashes cast aside, no space for that on this hell of a ride.

Still, it's hard to escape sometimes.

Every individual human being is its own unique primate, with unique tweeks which make it tick. So many meaningless ideas indicate insignificancy to me; it's all foreign when i'm speaking the Queens.

Things tick and they tock and they EXPLODE all around me, but my face doesn't change, because nothing is strange.

Everybody is out for themselves in this world, but is salvation found in the solemn prayer?

I don't care, as I stare at every individual stroke of genius that their parents created. A voyeur, if you will, with a skill of detailing every inch, with my thumb, then through the eyes and into the soul, eating the fleeting thoughts, which are nothing to me, and finding the core, the life within, the realness, in one second or less.

Where are the stars and the moon when I want to howl? The fog and the darkness loom above the rooftop where I stand, alone in this crying city.

The bridge isn't far, if you feel like jumping.

The ocean is where I need to be, washed away in sweet sleep, every particle dissipated equally into the slip stream, becoming the ocean myself and letting the ocean become me. One.

Again, the fire within the city walls calls, blood boiling, I can hear its beating heart. I yearn for the desolation that I never find, as we are all alone, together.

Lights flicker in the waves of the city, the paper skyscraper, insignificant after all.

Who cares if I spit upon the roof of the rich? The rich? Well, they have no reason to bitch. I'm sure they'll find one anyway, after all, they do know that what they have is hollow, and me? Well, i'm not even really here, invisible in the city terrain. No fanfare to make you aware of the party, but it's happenin', right here and now, this is the spot where the flames get hot.

Music is created within the thin air, everywhere; strange ringings which seem unreal seem to send you off.

Then they start again.

Then they stop, and the creaky floorboard welcomes a stranger, who wants to make sure I don't work here. "I don't work anywhere", I respond, then off he walks, happily into the furniture, and becomes a chair.

NOTHING! Hope you enjoyed the show.