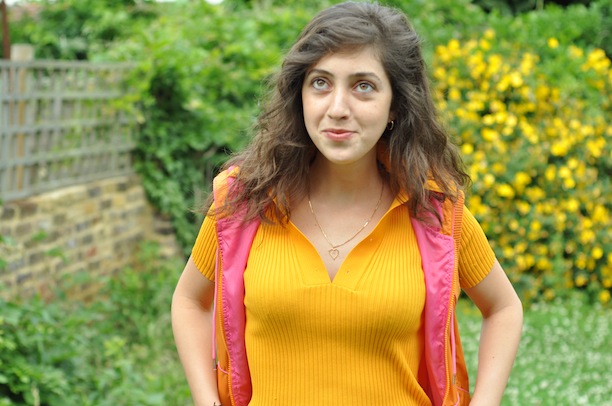 The work
Brand Yourself
I've always felt that online communication can never be as sincere as the kind that takes place face- to-face; people sometimes create on-line persona to present a side of themselves they feel others will want to see, or they portray a character they've always wanted to be.

This persona doesn't necessarily relate to who they really are, and thus, an honest conversation cannot take place.

In this film I've decided to document myself experiencing social media in its extreme. Nowadays, as social media has become an integral part of our lives, I felt I should confront my fundamental objection to, immersing myself in the 'online community'. I began opening social media profiles with the goal to discover whether my primary observation was in fact true, or whether I would find genuine communication and authentic connections through my profiles.

I was consulting 'professional social media marketing people' who helped me 'brand myself' in a way that would attract people, with the purpose of trying to find out what type of online persona you have to have and what types of things you have to say in order for people to listen to you and to spend time reading your blogs, posts and comments. As the film progresses, the visual quality of the images (titles, subjects in frame) becomes more aesthetic- while the process of creating a 'brand' evolves. Although often during my experiment I became uncomfortable with the character I'd become, I believe the only way to truthfully examine a phenomenon you don't understand is to personally experience it rather than collecting peoples' thoughts about the subject. During my documentary-making 'journey', I was faced with the challenge of balancing between two things: directing while being the main character, and scripting a story in real time. Having a deeply engrained skeptical and cynical perspective on social media, I was struggling to genuinely be open-minded about the advantages of online communities. Editing my film ended up being an arduous introspective journey for me, placing me in a difficult situation as a filmmaker.

Eventually my experience led me to become more informed about the benefits of being active in online communities for the goal of promoting your professional self, yet I haven't found it appealing as an everyday form of communication and would still prefer to maintain my genuine social interactions 'offline'.

Artist's biography
Growing up in Haifa, Israel while traveling often around the world engraved in me the constant search to discover unique cultures as well as individuals.

Early on in my youth I've developed a strong attraction to filmmaking as a form of conveying my messages. After completing a full military service in the Israeli Defence Force's Film Unit, I wanted to expend my knowledge regarding the filmmaking process, and in the aim of gaining diverse perspectives and expend my horizons, I've decided to move abroad for my studies. I'm currently Studying at the met film school in the BA (Hons) practical filmmaking program in the cinematography route. I'm aiming to reflect reality in my work as perceived in my eyes, thus finding documentary filmmaking my main form of idiom.