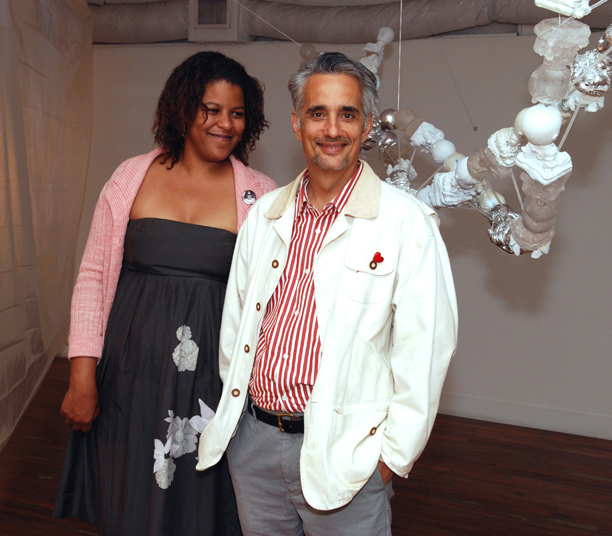 Ni Ange Nwa
From December 10 - 20, 2009 Jacquenette Arnette and Hugo Moro went to Port au Prince, Haiti to complete artwork for the first Ghetto Biennale. This Biennale was a project set up by English Photographer/ Curator Leah Gordon and American Curator Myron Beasley of Bates College. During the two weeks in Haiti artists from around the world worked in the neighborhood of the Grand Rue where the famous Sculptors of the Grand Rue collaborated and exchanged ideas on art and what it means and costs to be an artist in the world. We also realized the differences between our backgrounds and experiences but not so much as we would less than a month later.

Arnette and Moro discussed collaborating on an installation about the experience they had together in Haiti. They wanted to work with ideas about communication referencing how the return from the Ghetto Biennale opened up a dialogue across several nations that impacted every artist involved. The experience of being in that environment using the most basic methods in order to get ideas and actions across was powerful. They knew that opening up the file of Haiti meant dealing with all the inequities that came along with their time there. On Monday January 11th they secured a space for their experiment less than a month from when they had arrived and on Tuesday January 12th the earthquake changed everything.

Attending the Biennale gave them an unexpected network of artists that have all remained in constant contact before and after this tragedy. Working on this installation has given the artists a chance to reflect and grieve for those lost. The resulting piece is a beautifully haunting slice of time. Xiomara Alfaro's Angelitos Negros plays over a video of the opening reception from the Biennale during a Rara band's ceremonial procession through the Grand Rue. The music's metaphor of black angels being excluded from church paintings is a cold reminder of how Haiti has been excluded from the world view. The procession is replaced at the end by the jovial and uplifting spirit that can be felt when you hear the actual celebration. This is the Haiti we want to help and the Haiti we need to remember. This video is projected over a sculpture of ghostly children forming a double helix. In the corner of the installation is a silent Victrola with Libby Holman's emotionally bare torch song version of House of the Rising Sun is a reminder of how other people of color have been treated during times of adversity. The reality of information about looting, violence, and unrest we hear on the news is a far cry from the struggle, famine, and hopeful nature of those living through it.

Artists' biographies
Jacquenette Arnette has made it her artistic pursuit to live, work and observe different areas of the world. Born in San Antonio, Texas she has studied and taught in Australia, Germany, Japan, San Francisco, Los Angeles and Miami Beach. Moving to her represents a challenge of communication and allows her to explore ideas surrounding 'difference' in each new community. It is imperative to think of each new city, neighborhood or community as its own unique experience. As an artist and observer each new place has its own singular space imbued with visual culture to be assessed differently according to its historical aesthetic. Ms. Arnette was the Director of Exhibitions and Artist Liaison at the ArtCenter of South/ Florida for three years, and currently teaches at the Art Institues of San Antonio. Ms. Arnette was involved in the first Ghetto Biennial in Port-au-Prince, Haiti, in December of 2009, and has completed residencies at both the Miami Children's Museum in Miami, the Red Cinder Residency in Kona, Hawaii and International Cultural Exchanges in Kingston, Jamaica and San Juan, Puerto Rico and the island of Barbados.

Hugo Moro was born in Havana, Cuba, he emigrated to the United States in 1966, and settled in New York City, there he attended The High School of Art and Design; Pratt Institute; The Fashion Institute of Technology; and The Art Students League. In New York he held various graphic design positions in advertising and publishing. He relocated to Miami Florida, in 1999, since then he has made several trips to Cuba with the help of Research Travel Grants from Florida International University's Cuban Research Institute. In 2006 he participated in the IX Havana Biennial invited by the Biennial's collateral exhibitions committee.

'I come from a family of homemakers, blacksmiths and carpenters. I see a work in my mind, think it through down to minute details in a most obsessive way, I repeatedly envision myself going through every step of construction, conceptual and formal problems are encountered and revised, only after I have imaged the finished piece in my head do I begin to make the construction. Ostensibly this method leaves no room for discovery or epiphanies. But just the opposite is true. As soon as the piece seems begins to take form, a new element, perhaps an accidental crack in a cast form, a random discovered fact during research, an ironic joke overheard, changes everything.' 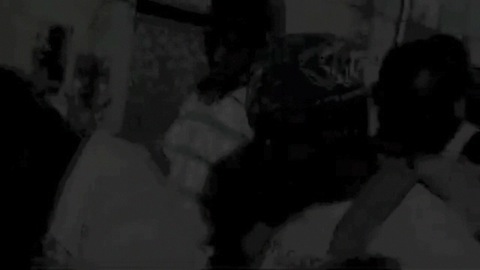