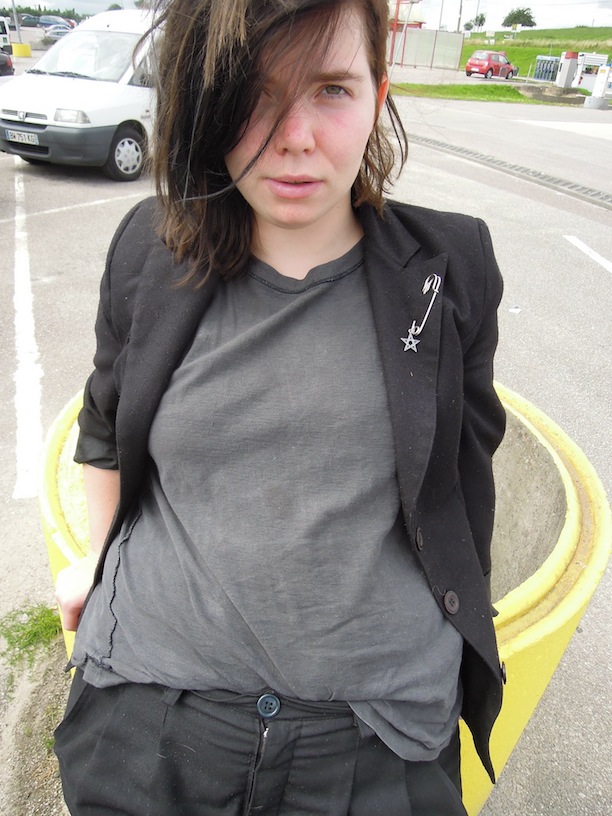 The work
"Substantial Amendments" is a visual installation/short film about despondence, alienation and the performativity of anger. Through images set to music (both songs written and performed by Soap&Skin from the album Lovetune for Vacuum, 2009 Couch Records/PIAS Records, rights for the songs remain with the artist/record company), "Substantial Amendments" deconstructs and compresses an afternoon through the course of which two young people externalize their sense of displacement (spatial and emotional), the indifference and consequential lack of comfort in another physical body's company, and a recurring sense of invisibility, insignificance and immobility.

Artist's biography
Jos Porath is a writer and filmmaker from Berlin, Germany, currently living and creating in Normandy, France. From a bilingual background, having gone to school/university in England and the United States, a queer/transgender-identified person, involved in politically activist work and with a need to travel/inabilty to relate to one single place/culture as "home", Jos is driven by the artistic and emotional investigations and communications of transgression and non-linearity.

Jos is a regular contributor to Metal Magazine, was a member of the Independent Jury/Official Selection at the Berlinale Berlin Filmfestival 2012, has had short stories published in various zines internationally (for example, Verfreudungseffekt, available at Tate Modern), with Self Publish Be Happy (available at Whitney Museum, New York), and is working on an ongoing, self-published collaboration of travel writing/photography with artist Laura Jung (available at ifyoulivedhere.squarespace.com).