Tweet-Me-Up! artists No Use For Humans

No Use For Humans 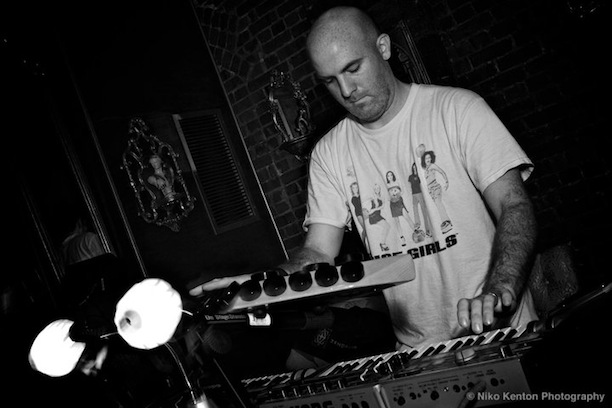 Artist's biography
Steve Honoshowsky is a co-creater of the independent record label Nacht Records and a multi instrumentalist who often incorporates various electronic instruments and live looping in his performances. He is best known for his sometimes ensemble, sometimes solo act, No Use For Humans. Honoshowsky is also the bassist for Intense Men as well as the head of the drummers collective, Speak Softly And Carry A Big Stick. You can also see Steve in an appearance with the Fang Percussion Ensemble featured in Billy Martin's movie, "Life On Drums"

Steve is available for drum and percussion clinics, private and group lessons, recording and performance sessions as well as soundtrack work.

Statement No Use For Humans is the brain child of Steve Honoshowsky. The music materialized into a live act in 2003 with keyboardist, Sean Wegeler and has since had a rotating cast of musicians including Mike Biskup, Willy Carmona, Alicia Testa, Mike Noordzy, Matt McCormack, Ben Ross and many others. Sometimes a solo act, sometimes a large ensemble, NUFH has included live film scoring, game pieces, visual art and choreography into the live performances. The music is a unique blend of electronic, experimental, avant, prog and often film score based themes.