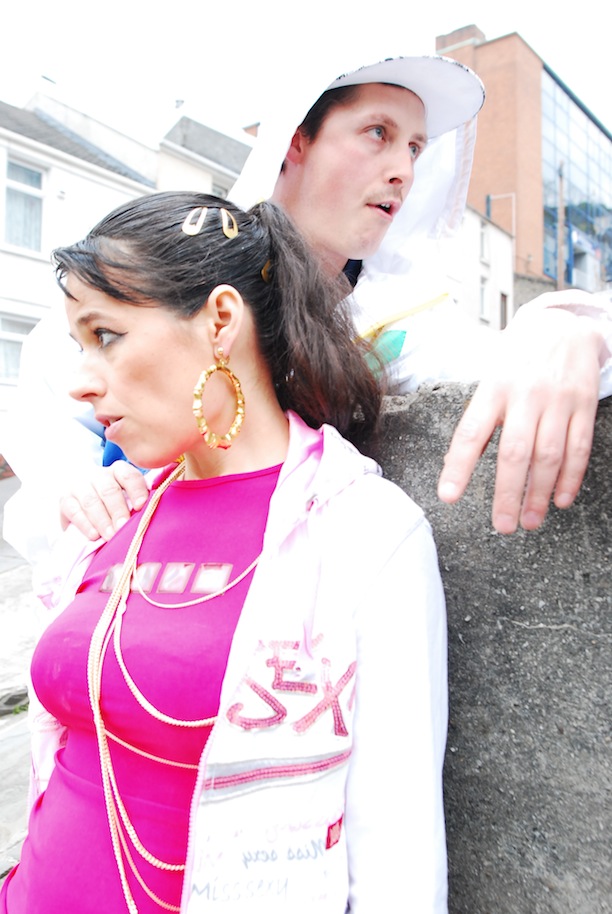 In 2010 Tom Goddard and Tiff Oben began a series of performances for which they dressed as chavs in white nylon sportswear and cheap gold jewellery. Neither would ordinarily dress this way but for the purpose of the project they temporarily unclasped the stereotypes they ordinarily inhabit creating an intervention into their senses of self. This intervention not only affected the clothes they wore but also gesturing and interactions with others. They did not actively become aggressive, surly, negative, but it was always taken for granted that they were out to cause trouble. There was no direction, no set action or dialogue; they simply became their characters.

By working with and commenting on such a contemporary scenario it is important for the piece to not be seen as perpetuating the myth of the chav as a lazy-good-for-nothing-hoodie-wearing-king-of-the-ASBOs. Instead the artists are attempting to present the viewer with the vessel of the chav. In 2011 the chavs found themselves in Venice, released from ankle tags and ASBOs, nylon-clad, logo-laden, cheap gold bejeweled in their newfound freedom have inexplicably joined the Grand Tour. Bored as hell they follow the throng and find themselves at the Grand Tour hotspots. Returning home the pair continue in their journey but cannot escape their unexpected fate. A memorial marking the last place they are alive commemorates their lives. The memorial of plastic flowers taped to street furniture, handwritten messages, personal mementos and photographic portraits are maintained by grieving friends and family.

The performances have been disseminated through significant photographic documentation. These performances can be read as multifaceted, re-evaluating the self-portrait while commenting on social division in the UK today. They can be seen as challenging the traditional values and context of self-portraiture as a symbol of wealth and class. Traditionally portrait subjects posed to benefit their social status. Today the chavs' tracksuit bottoms and baseball caps denote their social status but in a way that attracts hostility and are ultimately detrimental.

Aspects of the work include the participatory nature of those who react and interact with the chavs. The notion of antagonistic art as theorized by Claire Bishop's critique of Nicolas Bourriaud's Relational Aesthetics (1998) has begun to inform understanding of audience participation and their annoyed and/or suspicious reactions to the chavs. The presence of such individuals in the art gallery antagonizes the viewer until the ruse is realized and the negativity directed at the chavs dissipates into mirth. This process suggests the work is an unethical mimicry of a recognizable, feared and ridiculed stereotype in contemporary society. However parody has the potential to unsettle commonly held stereotypes through exaggeration and may affect a change in the viewer that halts assumption-laden reactions. To positively affect an audience, to enable it to re-adjust their acceptance and reiteration of commonly held social beliefs validates the unethical nature of the work and creates a micro-revolution; a positive outcome even if only momentarily, if only for one amongst a multitude. 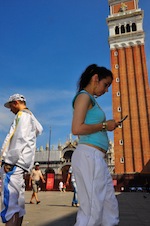