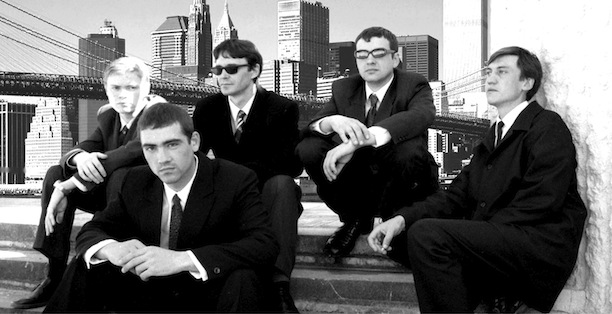 The work
The Zverstvo is a band from a provincial Russian town of Krasnodar. Without giving a single concert in Moscow or Saint Petersburg, without releasing any records on an established label, using only internet, notably vkontakte.ru (Russian equivalent of facebook, jamendo, myspace, last.fm and archive.org) and net releases the band became known not only in Russia but also found fans in the UK, USA, Germany, France, Spain, Brazil and other countries plugged in the social networks.

Artists' biography
Formed in 1993 as freak-punk-bum-grind-shit-antipop formation. Crime scene - Krasnodar, Russia.
* 1995 - First sort-of studio album 'I like you whome you were dismembers by?' and first live performances.
* 1997 - Mini-LPs, artistic cooperation with Otorvalo Yuru.
* 1998 - Just drinking.
* 1999 - First real studio experience - 'Cover me in cellotape'. The style is sliding into Phenomenal Djigit Electro Pop.
* 2001-2003 - Pub, club and restoraunt tours. THE ZVERSTVO performs on the stage of the Krasnodar State Philarmony. In 1927 Mayakovsky was performing here with his poetry.
* 2005 - 'Can't Eat This Song' is published by Analog Und Ehrlich, Last.fm and other guys.
* 2007 - We are at Myspace
* 2009 - 'Can't Eat This Song' is published by Jamendo.com